I am so excited that Cora Wen is coming to teach at the ranch this summer. Harnessing the Wind: Riding the Waves in the “Sea of Chi” will be a wonderful experience. It’s a bit of a milestone for us as this is the first time Cora and I have worked together since we last went to India and the Himalayas. So much has happened in our personal and professional lives since then.

The last time Cora, my daughter Winter, and I were together, Winter was apprenticing at the Ranch and now she is the ranch manager. I have retired and moved into a slower pace of life, and Cora has taken her stellar practice and teaching with Yoga Bloom Yoga Therapy further and further into the world, and she has recently even added a clothing line of yoga basics and travel wear!

Cora and I started on the path together when she was very young – still in the banking business. One afternoon, after a yoga class, we were laying on the grass watching the clouds. She had a a poem or image about each cloud, knew each type, knew how the wind was blowing up there – I felt like I was with a Chinese wisdom-carrier.

Recently one of Cora’s friends put out a survey on Facebook – what would you do if you had an hour alone together? My answer was lay on the grass and watch clouds. That day I was so impressed with her inner beauty and how she transformed that to the outer world. I convinced her to quit banking and start teaching yoga, which she did in short order. 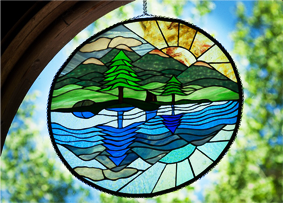 Yoga isn’t a Chinese art, but because she has experienced such a wonderful mix of culture, yoga came to her naturally. She has blended it in a most beautiful way with all the best of Chinese philosophy. The view and vastness of worldly wisdom lies within her, and she’s willing to share it with us.

When we were in Sarnath – full of beggars and people living off Buddha’s first enlightenment – Cora found this wonderful Tibetan monk from China who spoke the same dialect that Cora spoke. He had journeyed a long way for the freedom to practice his religion, and she was able to put him in touch with other monks – to bring him into the fold of Sangha.

Recently Cora and I were visiting at Winter’s wedding. Somehow a flimsy paper plate full of food tipped on Cora. She was so graceful and grateful. Who can wear a plate of barbecue with such elegance? Years ago, as an assistant to our lineage Ranch teachers – Erich Schiffmann and Judith Hanson Lasater, she demonstrated such willingness to give every bit of herself – staying up all night sharing henna tattoos blessings with the group, and then teaching all day in the yoga room.

After our 40th anniversary in 2015 I’m considering staying in India for the largest part of my time. I am happy and thrilled that I’ll be here this year for this workshop. My long rooted presence at the Ranch, my heart, my loving friend Cora and my talented daughter Winter will make this a fabulous week in Montana. Join us, and watch the clouds as we all lay on the grass together!

Don’t Forget: Cora Wen will be at the Feathered Pipe Ranch, June 28 – July 4th for her lively and rejuvenating yoga workshop, “Harnessing the Wind: Riding the Waves in the “Sea of Chi”.”

Bring your friends from your community and save $100 each on registration and accrue retreat credits for your community organization via the Feathered Pipe Community Referral Program. (See Details here.)

India left home in her teens for the adventure of foreign travel. After nearly dying in Pakistan, she began a spiritual quest in India and eventually found Satya Sai Baba, who is considered an avatar by millions of people. Receiving the major part of her education and understanding at his feet, she was able to bring those teachings to the Feathered Pipe Foundation to share with others.

After living at Sai Baba’s ashram for two and a half years, she was brought back to the US by a friend, Jermain Duncan. Within a year Jerri died of cancer and left India the Feathered Pipe Ranch near Helena, Montana. After making the difficult transition from penniless sadhu to administrator, India established the Ranch as a nationally known center for seminars in the field of yoga, holistic health and personal transformation.

In 1975 she co-founded the Holistic Life Foundation which later evolved into the Feathered Pipe Foundation and became one of the first yoga centers in the US which is not guru-based. India is also the president of the Tibetan Children’s Education Foundation (TCEF). She founded TCEF along with Karma Tensum, Executive Director, in order to provide education, housing and support to the children of Tibetan refugees in India.

India has been a passionate and vibrant leader inspiring many in their personal spiritual journeys. Retired from her role as Executive Director, India’s current passion is Circle of Friends, a group of like-minded Samaritans assisting impoverished Indians, young and old, with transportation, admission and financial services so that they can receive the needed medical services and life-saving surgeries within Satya Sai Baba medical facilities in Puttaparti, India. And as always, she continues to support and dedicate herself to the mission and magic of the Feathered Pipe Foundation.