The Power of Rest - Restorative Yoga as Treatment

From a yogic view, disease is created by insufficiency or blockage in life force, which creates loss of immunity, which leads to disease. From a medical view, we understand lack of immunity is often the cause of disease, as it disables the body from fighting infection or other disease-causing bacteria and viruses.

Restorative Yoga is often used for disease treatment, as the various poses promote proper alignment that enable the body and muscles to release into a relaxed state instead of adding tension to them. As the body rests, natural, healing and relaxation responses are established. Restorative yoga may elicit healing and well being in a holistic approach to medicine and preventative healthcare.

Stress Relief
There are some things in life that are universal. Some are helpful and some are not. Stress is something that we face more and more in modern day life, and most of us have experienced the weight of it on our bodies, mind and spirit.

Now I know most of you are thinking – ok big deal. We all know Savasana is a good release after an active practice. What is the new news about that?

So my question to you is this – have you ever thought to do this asana on its own? Can you imagine a world where everyone took 15 mins of Savasana a day? Would the world shift? I think it might!

Rodney Yee was my first Yoga teacher and he showed me this sequence in the late 90s when we were teaching in Toronto, Canada. BKS Iyengar gave this class in Pune, India in the mid 90s and Rodney taught it to a few  students.

This sequence is quite advanced and requires a strong practice of inversions. Please note this post is  informational, and I do not advise you try this unless you are comfortable with ALL of the poses. This sequence is for very experienced practitioners, especially with the long head stand. Please be aware of your own body and modify accordingly, especially for your neck and shoulders!

I have practiced this complete sequence only a few times over the years and it does provide a very profound residue in the mind body connection.

The practice will take 120 minutes

Moon in May is Buddha Day

The Moon in May is Buddha’s Day.

Growing up in a traditional Chinese household, we had many cultural celebrations and paid respect to ancestors by lighting lanterns and candles, offerings flowers, incense and fruit throughout the year. In the Buddhist tradition, one of the most auspicious and significant celebrations happens every May on the night of the  full moon, with people all over the world celebrating the birth, enlightenment and death of the Buddha. It is known as Buddha Day or Buddhas Birthday.

I’ve always thought Buddhists are quite efficient in the way we celebrate Buddha’s Birthday. We only have to remember one day a year and it encompasses the triple gem of the Buddhas journey, encompassing the birth, enlightenment-Nirvana and ascent-Parinirvana of Gautama Buddha.

A mudrā is a symbolic gesture in Hinduism, Taoism and Buddhism, and a spiritual and energetic seal in the spiritual practice of East Asian religions. Some mudrās involve the entire body, but most are shown with hands and fingers.

According to BreastCancer.org, “About 1 in 8 women in the United States (12%) will develop invasive breast cancer over the course of her lifetime.”

Breast cancer is particularly close to my own heart, so to speak, as everyone in my maternal lineage had a battle of one kind or another with breast cancer, and I myself am on a list of very highly susceptible. Given that my family were all born and raised in China, with a traditional Chinese diet, this is a highly unusual statistic. The rate of breast cancer in traditional China was low to non- existent in my great grandmother’s day, and for her to have had an issue was considered very rare. In China even today, breast cancer incidence is 6.43 per 100,000 people annually , ranking 183 in the world (April 2011), compared to the US where breast cancer death rates are higher than those for any other cancer, and breast cancer incidence of 300.2 per 100,000 people annually, ranks it at number 7 in the world.

Breast Cancer Today
Over the years, I have had friends and family diagnosed, fight, survive and lose the battle with breast cancer, and it has coloured my life, yoga teaching and my own view of health and well being. With a personal cloud of breast cancer on the horizon, (as I enter my “Crone” years after menopause) and watch my body change and shift with the illumination of aging, I am increasingly interested in finding ways to work with yoga and aging.

What is Therapeutic Yoga?

Therapeutic Yoga focuses on working with mental and physical conditions. It utilises yogic techniques including posture, breath work, meditation and pose variations created for a unique need and/or individual. Therapeutic Yoga is particularly helpful for recovering from, or living with, injury or illness.

Modern life can over stimulate us, creating anxiety and stress, leading to stress disorders like fatigue and insomnia. Combining the healing of Therapeutic Yoga and the quiet awareness of meditation to slow down, we can find our own personal levels of good health. Therapeutic Yoga uses the principles of Yoga to relieve stress and promote recovery of injury and illness. Sessions are modified sequences specifically fit to the needs of the individual.

What might be appropriate for one individual might be injurious or ineffective for another.  What and how we practice can vary depending on day, season, emotional stability, illness, injury, or if we are stressed, lethargic, depressed or anxious.  All variables need to be considered in choosing appropriate techniques to apply them beneficially.

If you have spent any time with Asian people, you may notice the world of difference in the way we think, act and treat each other than in the West.

As someone who is Hong Kong born, living in America, and has spent a lifetime crossing and making bridges to understand my multi-culti-masala mix, I have often examined and compared different languages, customs and cultures, and have decided it just comes down to heart communication.

May all beings everywhere, Plagued by sufferings of body and mind, Obtain an ocean of happiness and joy By virtue of my merits.

May no living creature suffer, Commit evil or ever fall ill. May no one be afraid or belittled, With a mind weighed down by depression.

May the blind see forms, And the deaf hear sounds. May those whose bodies are worn with toil
Be restored on finding repose.

May the naked find clothing, The hungry find food.

May the thirsty find water And delicious drinks.

May the poor find wealth, Those weak with sorrow find joy. May the forlorn find hope, Constant happiness and prosperity.

May there be timely rains And bountiful harvests. May all medicines be effective And wholesome prayers bear fruit.

A Must Read for All

This verse was written by Mother Teresa. It is engraved on the wall of her hospital for children in Calcutta and dedicated to people throughout the world.

People are often unreasonable, illogical and self-centered;
Forgive them anyway.

If you are kind, People may accuse you of selfish, ulterior motives;
Be kind anyway.

If you are successful, you will win some false friends and some true enemies;
Succeed anyway.

What you spend years building, someone could destroy overnight.
Build anyway.

If you find serenity and happiness, they may be jealous.
Be happy anyway.

The good you do today, people will often forget tomorrow;
Do good anyway. 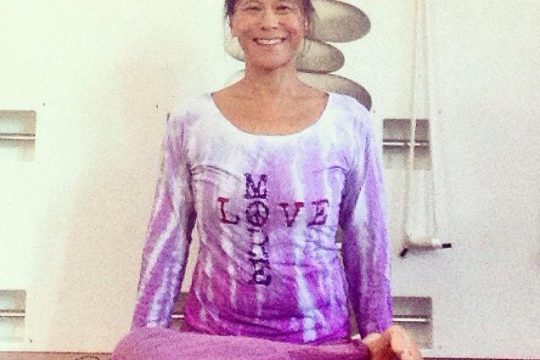 Welcome and Namaste! I’m committed to supporting your practice during these challenging times, so will be offering LIVE CLASSES ONLINE…

This practice of Yoga has transformed life in many ways, and the most of which is to move with the breath, to allow life to flow. This year I listened to my own advice and… 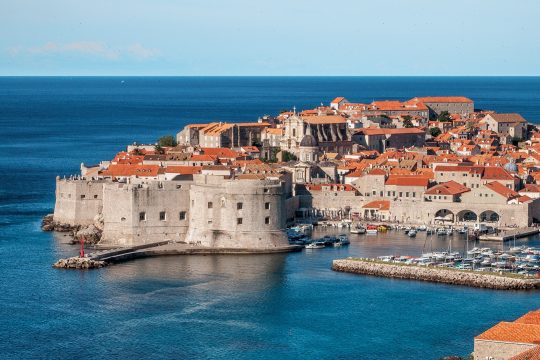 Why Go to Dubrovnik, Croatia? Experience the allure of the Adriatic Sea and explore and charm of the Dalmatian coast. …

Chinese astrology (shengxiao – ‘born resembling’), is a repeating cycle of 12 years, with each year represented by an animal and its personality attributes. Chinese people associate each animal with certain characteristics. It’s believed that people…

Happy Year of the Pig Here’s wishing you and your family good health, prosperity and happiness for the Year of the Pig. Chinese New Year, 2019, arrives on February 5, and it is the Year… 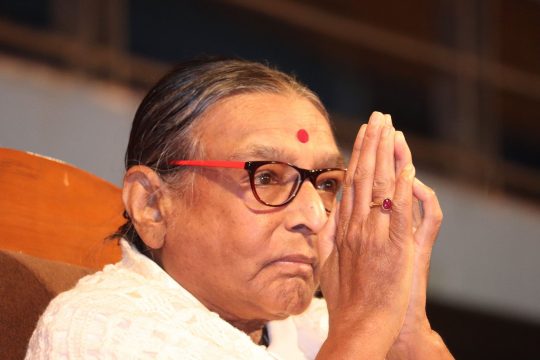 Lighting the Fire of Practice

This past December, I attended the Centenary Celebrations for B.K.S. Iyengar in Pune, India. Although I’ve taken more than 7… 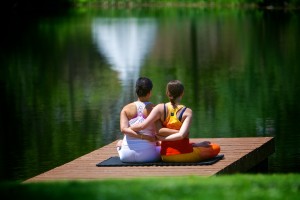 Beat the Heat of Summer

Summer is Fire, one of the Five Elements. It is symbolic of the maximum activity and the greatest Yang; a…

End of Year Gratitude to You

As the year comes to a close, it is time to review the year. December is the beginning of the end. Blink and the end of year will be here. The death of one year…

The “Sacred Sacrum”–Function & Dysfunction The sacrum has been called the “Bowl of the Soul.” Understanding how to take care of this mysterious and sacred place is a key to self-care–learning to love our bodies…