It is 10 years since my Mothers passing this week, and it still stings into the core of my being to reflect on the loss. In our society and in much of the West, we look at death as something to get over, to move past, to move on.

Im not sure this is how it works.
If we love someone deeply, they are with us always.

And time does not heal or change that.
But perhaps it softens the edges so they don’t cut into the heart so deeply. 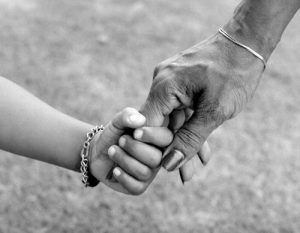 This practice of Yoga is for us to look deeply into ourselves, and this is one of the most difficult things to do. It is much easier to distract, do something else, think about things more “upbeat”

Yet somehow, I think we may be missing something when we choose to not feel pain and loss. Having grown up with a practice of Buddhist meditation, it is part of daily practice to remember that we grow old, get sick and die.

As my teacher and mentor Judith always reminds me – “Oh you happy Buddhists!”

It is part of Buddhist practice to remind ourselves of the impermanence of things, and of life. This somehow is a joyous thing, and allows us to remember the beauty of all things, the goodness.

“What? She was just shopping for the holidays this morning!”

It turned out that she had fallen down and was taken to ER and once admitted, they found her bones full of a virulent form of cancer. In the days to come, it was determined she had Lung Cancer, but it had not been caught early. And at this stage it had metastasised and attacked many other parts of her body and brain

She had beat Breast Cancer which had had its hold on our family for so many years. An unheard of statistic in my culture, but one that stung deeply into us all. And now she had Another type of Cancer…what??

They said she had a few months, perhaps 6, but prognosis was not good.

While I sat in the hospitals and watched her go through tests and probes by doctor after doctor, I also watched her make her own decisions about her life. I insisted my brother come immediately, and my stepfather to make arrangements for her passing. This was not how my family reacts to things, and there was a lot of dramayama and traumayama amongst the immediate family.

From the day she went into the hospital, I was there. Helpless and afraid, but there. It was difficult beyond belief to watch this vibrant, joyous woman change in front of me.

I had watched and held so many friends through the 1980s and 1990s take their last breaths with the HIV/AIDS epidemic. I had worked in the Fashion industry after all, and we watched many of our friends go with the early ravages of that disease. I had held my best friend David in my arms as he took his last breath in the ’80s. But this was so different, and I was somehow able to move through it with some calm.

I have no idea where it came from. Perhaps it came from my Mother laying in that bed urging me to stay present with her. There was really no other choice. How can we do anything but be present in the face of death?

After a difficult Christmas and St Stephens Day spent in the hospital and moving from treatment to treatment and finally to Hospice, I was exhausted physically and emotionally. 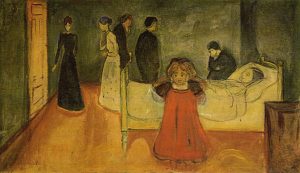 Though I felt guilty for taking time for myself, I also knew I could not be of service to anyone if I didnt take care of myself. I had one last class to teach in the year, and I decided to go home to Santa Barbara for the New Year. There’s an old belief that what you are doing on New Year’s eve foretells the year, so I was wary to spend it in Hospice.

When I left my Mother, she was still somewhat coherent, but on significant pain control, and we spent most of the time helping to get morphine every time she was conscious. The pain was unbearable, and it was more so to watch her helpless to it.

I bid her goodbye that night, and had plans to return on New Years Day to spend another few weeks with her and my stepfather. She encouraged me to go and do something “fun”, and to be happy. She kept saying “I want happiness for you”. It was a difficult journey home, full of tears and guilt – a terrible combination.

After a fitful night, the phone rang in the morning and it was my Mother from the hospital. She wasnt coherent at all, and I could not make out anything she was saying. I kept repeating “I Love You, I Love You” and repeated that I would be back in a few days

I dont know what I taught that morning and am sure it was not a great class, but certainly an honest one. That afternoon, I was due to fly to Sacramento to see a friend, and boarded a plane that connected at Los Angeles International to Sacramento, California.

After a short flight to Los Angeles, we had to transfer to the smaller commute terminal. As we were boarding, I knew something had changed. On the flight, I began to chant the Gayatri Mantra, the oldest and considered one of the most powerful mantras in the Vedas.

Once we were in the air, and I watched dusk come in, I looked out at the first stars, and said “Goodbye Mom”

When I landed, my friend Michael was at the gate instead of on the curb, and he started to say “I have to tell you something…” I stopped him, and I told him I knew.

She had died while we were in the air. 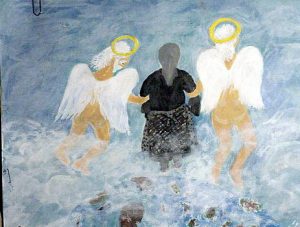 It had been 12 days since she had entered the Emergency Room for the first time in her life. I chose not to fly back to the hospital for 2 more days, and give myself some space and time to meditate and prepare to hold my own family in grief.

It is only with the practice of this thing we call Yoga that I feel I could have held that grief and been any support for myself or anyone else. It has been the thing that has supported me through the last 20 years.

I started seriously practicing Yoga when my Father died, and the difference between the way I could hold the passing of my Father and the passing of my Mother were worlds apart. The strength came from being able to look at my own pain deeply, and yet holding my heart wide open to accept those feelings.

This thing we call Yoga gives me a fullness and a vibrancy that is not ferocious, aggressive strength, but the ability to flow with the waves of life. It helped me gain the courage to leave my corporate banking career to do something I loved but had no security. This practice has helped me through a tough divorce and keep my heart wide and open and not take the path of war. And now it is helping me to pass the teachings of my own mentors to those that want to learn my bits of guidance.

This is the practice and the path of Yoga.
May it illuminate your life.

Thanks for sharing Cora; this brought tears to my eyes, but also joy that you could express it so openly and honestly.

I love you Cora! xoxo Thank you for sharing. hugs to you!

~Dearest Cora~
You truly are a teacher’s teacher. Everything you write and share is an experience that brings such wisdom. such inspiration. I so wish I could embrace you as you have embraced my heart.
Om Shanti Shanti Shanti

thanks for sharing Cora, blessings.

Cora that is such a touching story. I am so moved.
LOVE
Thank you for being the blessing that you are.

You fully and deeply, pierce my heart in a profound way. Thank you for sharing so much, so openly. Namaste.

Thank you so much for sharing this very personal beautiful note. I lost my Mom almost 4 years ago and still miss her like it was yesterday. Yoga has helped me through so many things in my life. My thoughts are with you today. This brought tears to my eyes but I’m grateful that you can share this with an open heart. Thank you again for sharing your personal experience. Namaste 🙂

Dear Cora: Thank you for sharing; as you’ve said, letting go while holding on takes practice and to live your yoga takes courage. It takes courage to truly grieve the person and the relationship, or lack of, that is so much a part of you. If I had to define my Mother’s dying I’d call it– sad joy.
Thanks for being you!

I was fortunate enough to meet you at your SLC workshop this fall. You have a gift for teaching, sharing and expressing what is most dear to you. Thank you for that gift. I hope to study with you soon. Shanti, Yael

So beautifully stated. Thank you for your honesty and generosity of spirit.

Thank you so much for this post. It completely resonated with me. I lost my mother last year after an 11 year battle with cancer, that in the end took over her whole body. I don’t know how I would have moved through it all if not for my yoga practice. Thank you for sharing your experience.

Here is what came up for me at the time of her passing. There was so much, but recognizing the beauty in the flow of life so helped me move through the experience.
http://www.capriciousyogi.com/2011/09/working-with-grief-saying-goodbye-and.html