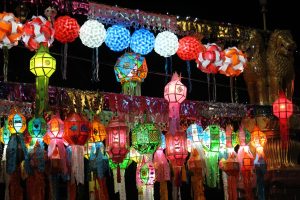 Chinese New Year is the most important celebration in the Chinese calendar. Since it is not associated with any particular religion or people, the New Year is a universal celebration. This year, over 18% of the world’s population celebrates the Year of the Red Yin Fire Rooster on January 28, 2017.

Symbols are very important in Chinese homes, so we place the character Fú (福) “fortune” on doors and around the house. The greeting Gong Hay Fat Choi (恭喜發財) “Congratulations and be prosperous” is given to everyone, wishing abundance and prosperity throughout the year. 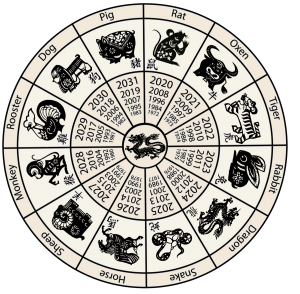 The Rooster symbolizes ambition, pride, desire for admiration, punctuality, courage, passion and a disposition for love and seduction. It is an organized, practical and grounded animal that likes to plan and take calculated risks.

In China, the Rooster represents strength, for protecting the hens; kindness, for sharing food; assurance and trust, for announcing daylight. Roosters are observant, hard-working, resourceful, courageous and confident. It is a universal symbol of the Sun because its crowing announces the dawn. Perseverance and the ability to “see the light” first is an inspirational virtue.

In India, the Rooster is Skandha, a personification of solar energy. In Japanese and other Asian cultures, one of the Rooster’s main attributes is courage. The Chinese ideogram for rooster is Ki, which sounds like “favourable.” The Talmud makes the rooster a master of courtesy because it heralds the Sun with its crowing. In Japan, the Rooster is called Amaterasu, Goddess of the Sun, who came out of the cave to manifest light. The rooster is venerated in Islam as a call to the dawn prayer. 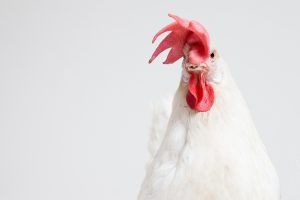 Since last year was a Monkey year, it had the element of surprise, while the Rooster wants to make planned decisions. The Rooster is punctual in his cock-a-doodle-doos in the morning in order to “wake up” all the other animals.

“Trustworthy, with a strong sense of timekeeping and responsibility at work” is the theme of the year, according to China Highlights.

This Year of the Rooster is ruled by the fire element and is a Yin year. In China, Fire is considered one of the five fundamental elements. Flames help to create life (ash fertilizer) and take it away (forest fires).  According to Chinese astrology, Rooster years are known to be filled with integrity and efficiency, while Fire is a symbol of fairness and of rules; therefore, the year of Fire Rooster is said to be a time when everyone receives what they deserve. In China, the rooster is believed to counteract evil influences of the dark night and is often painted on doors. 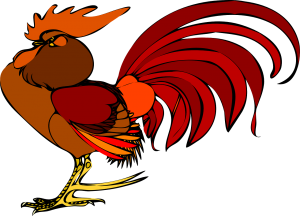 The Fire Rooster represents a new dawn and awakening, and gives us a wake-up call to explore our intuition and to look at areas of our lives that need to be transformed. The Rooster is the leader and commands respect, making this a perfect year to step up and take responsibility for the directions of our lives. Hard work is the key to achieving success, and in 2017, it is necessary to create objectives, plan well and apply full energy and “out-in-the-streets” effort.

The Yin energy adds a feminine quality, so with prepping and planning, there will be a need to trust and follow our deepest instincts and intuition.  If something feels off, then the year of the Yin Fire Rooster will require you to pay attention and trust your intuitions and true instincts. Be attentive to words and actions, and find ways to keep stress at bay so that you can use the potential of the patient, persevering Rooster to the maximum.

The element for this Chinese year is RED, so DO NOT use red in clothes and accessories. Red stones like ruby, garnet and pink topaz are better avoided in jewelry. Earth colored items like brown or yellow complement the Fire element.

Chinese saying – A Spark of fire can burn down the field.