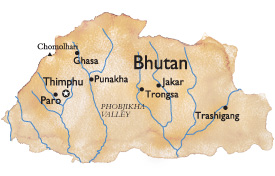 The trip will be amazing, absolutely a breathtaking itinerary…it has been put together with a great deal of love from me and my love of this land. As the weeks and months go by, I will continue to feed information I find and some of the pictures, memories and tales from the past few trips to the Hims.

I am really looking forward to returning and know it will be a truly Magical Mystical Tour!

General Information about Kingdom of Bhutan

Gross National Happiness is a term invented by Jigme Singye Wangchuck, who  opened up Bhutan to modernization. He used the phrase in 1972 signaling a commitment to build an economy that would serve and preserve the unique Bhutanese culture and Buddhist values. 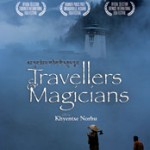 Only Film set in Kingdom of Bhutan!

Great movie to watch as resource of what it is like in the Kingdom. One of our ponies on the last trip up to Taktshang was the white pony in this film

Khyentse Norbu’s follow-up to THE CUP is the first feature film ever shot in the kingdom of Bhutan. One of Himalayan Buddhism’s most revered lamas, Khyentse (Dzongsar Khyentse Rinpoche) weaves parallel fable-like tales about two men who escape their mundane lives in TRAVELLERS & MAGICIANS.

Young Dondup dreams of escaping to America while stuck in a beautiful but isolated village.

When the chance arrives, he heads for town, but things don’t go as planned. Missing the bus, he hitchhikes with an elderly apple seller, a young monk, and an old man travelling with his daughter.

Along the way, the monk tells Dondup a story of another young man who sought a land far away: a tale of lust, jealousy and murder that mirrors Dondup and his blossoming attraction to the young girl Sonam.

TRAVELLERS & MAGICIANS is a magical mixture of buddy movie, road trip and mystic fable…a tale of desire and consequences, set in a breathtaking landscape.

Tagline: The bitter and the sweet of temporary things.

Druk air limits  luggage to 20 kg (44 lbs or 30 kg or 66 lbs on business class). You should keep to this allowance. Even if you pay for excess baggage, extra luggage is listed as standby and may be off loaded for next flight.

The less you carry the better. One small suitcase and an even smaller carry-on is best. There is not much room for over-head storage in the air cabin.

Comfortable casual clothes are good, and you may want to bring something semi formal – jacket, dress, etc in case you’re invited to a Bhutanese function. Thimpu and other towns have a small-town feel, and you might find yourself in company of a high official.

During a festival, Bhutanese people dress formally.   Days can be warm, especially in lowlands of Punakha and Phuentsholing, and if you begin in cold of dawn, it may change by midmorning. Layer, starting with thermal underwear and adding shirt, fleece and wind-breaker (or parka) as necessary. 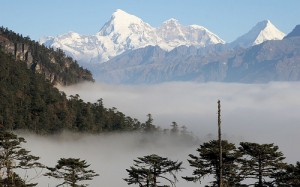 You will be outside a lot, at altitudes above 2,500 m (7,800 ft); so there is strong sun and wind. Bring sun and lip protection, like Carmex; these are not  available in Bhutan.

Essential Extras:   A folding umbrella; rain is possible any time.   Be sure to carry ear plugs for sleep. There are a lot of dogs in Bhutan and the Bhutanese consider them next mankind in the cycle of life. These dogs will bark at night.

There are occasional electric outages throughout the country; so keep a torch (flashlight) beside bed.   Bring good sunglasses for protection in high altitude.   A Swiss army knife is a handy thing to bring, but put it in checked luggage.   Bring a small alarm clock as not all hotel rooms have telephones or wake-up service.

A soft bag is versatile and easier to pack in a vehicle. For those coming to Bhutan a strong duffel bag is best. You will also want a small rucksack (back pack) or waist pack to carry camera, water bottle and other essentials in the vehicle, walking around town or visiting monuments.

I am looking forward to seeing our friends in Sikkim and Bhutan and exploring more of the Land of thunder Dragons…!

Let me know what type of information would be of interest to you as we share stories and connections!

Hi Cora!
I’ve just signed on to the Bhutan trip, very very excited. I know you from a one day work-shop at Dancing Lotus. It will be such a pleasure to travel and yoga with you in this incredible place.
Cheers! Paula