I remember being in Costa Rica years ago at Samasati Resort when it first opened. It was a long time ago, and we walked into the yoga room that evening listening to the sounds of the jungle: howler monkeys, toucans, frogs and sounds that didnt even sound like they could be real.

You’ve heard those rain forest compilations to help relax or sleep, and as we entered the yoga room the first evening, the group organiser asked someone to turn off the stereo.  After wandering around the Palapa looking for a stereo, we all realised it was the jungle itself creating this bounty of Nature’s symphony! It was something burned into my memory as we soaked into the first night of settling into the jungles of Costa Rica.

As I went to sleep that night, I was reminded that humans are an insignificantly small bit of this wide great planet, and we are blessed to be able to witness this vast symphony of beauty even for an instant. 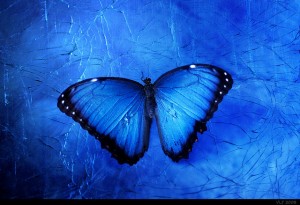 The next mornings meditation was difficult and profound as the distractions of the jungle attracted the monkey living inside my own mind. As we began to practice, I noticed a blue flash every once in a while as we moved up and down to our breath guiding us into Surya Namaskar A and B. As I began to see more of the blue flashes, I realised it was an enormous butterfly catching my eye!

That brilliant blue kept me attracted and distracted throughout my practice that day, and I spent the rest of the time hunting for those flashes of blue. I have since come to understand that the Blue Morpho Butterfly (Morpho Menelaus) is one of the most amazing animals in the tropical rainforests of Central and South America.  The Blue Morpho is a marvel, renowned for its beauty and mystical magic, and an enchantress of the South American rainforest.

It is the most striking visual feast of a memory about this extraordinary land, and it made me always long to return! I look forward to seeing those blue beauties again soon at Blue Osa! 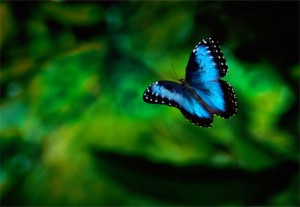 Many butterflies make their home in Costa Rica, and the butterfly population makes up almost  90% of all Central American butterfly species.  Yet the most famous butterfly in Costa Rica is the Blue Morpho with its bright neon-blue iridescent wings and a wingspan of up to 17 cm.

Catching a glimpse of these beautiful butterflies is a highlight of any trip to Costa Rica. When this butterfly is seen flying, it is one of the most disarmingly beautiful sights one can imagine in the midst of the jungle. The flapping wings almost sing out in mellifluous brilliance of iridescent blue and flashing brown in such dramatic and striking effect that you can almost hear the silent song of nature.  The electric neon color of the Blue Morpho is mesmerising as they flutter by seemingly unaware of the excitement they create as they pass!

In shades of various colours, butterflies have inspired magnificent verses, folk tales and legends across the world. Tribes throughout the rainforest are enamored with Mariposa Azull, and many have marveled at the transformation of the modest caterpillar into a magnificent butterfly.  The Yukuna Tribe of Colombia show their devotion by performing a special costumed dance in honor of the Blue Morphos. 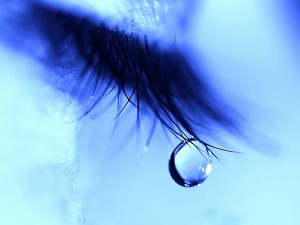 The Legend of Mariposa Azul

Once upon a a time there was a young sad indigenous girl who lost her beloved in a terrible war. She kept crying to see all the hate and evil in the tribe after his death.

One day she decided to offer herself as a sacrifice to the volcano, so the god would bring peace, love and happiness to her village. 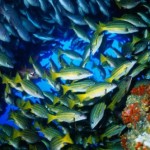 On the way to the volcano, she fell into the river next to the waterfall and drowned

At that moment the volcano began to rumble, and from the bottom of the fiver emerged a beautiful blue butterfly 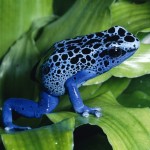 The sky flowers and all animals around there turned blue

The blue butterfly is a symbol of peace, love and happiness. It is said that it is miraculous. And the only way to catch a miracle is to believe in it

I’m not one for tropical weather but your article makes me want to go to Costa Rica and listen to the jungle.