What is Range of Motion (ROM) in Joints? 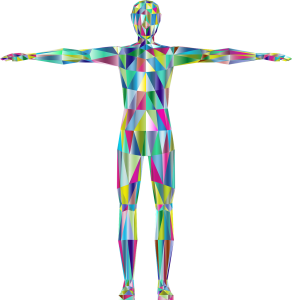 n a recent conversation with my good friend, teacher and mentor Judith Hanson Lasater, the degrees of movement in the spine came up as a topic. Yes, yogis do really have dinner conversations about this!

We were discussing a pose, and I was describing my surprise when I looked up the average and normal range of movement for the shoulder girdle. I asked, because my shoulders are hyper mobile, and I have struggled over the years with the appeal of mobile shoulders, and how easy it is to access certain movements, yet can see that those movements may not come easily (or ever) for some of my students. It has also been my achilles heel, in that it has allowed me great freedom in the joint, yet also at great risk for injury and pain

This got us onto the topic of standard anatomical Range of Movement (ROM), She suggested I look up the numbers and share them with my students. So in this virtual world of yoga online and global student base on the web, I am following up with a post to share what I have found.

Joint flexibility is defined as the Range of Motion (ROM) allowed at a joint. A joint’s ROM is usually measured by the degrees from neutral position to the end of full range of  movement, and refers to the distance and direction a joint can move between the flexed and extended position. Each specific joint has a normal range of motion expressed in degrees. Devices to measure range of motion in the joints include a goniometer and inclinometer which use a stationary arm, protractor, fulcrum, and movement arm to measure angle from axis of the joint.

ROM is how far a joint can move (active) or be moved (passive) in a particular direction. Active ROM is when muscles move the joint; passive ROM is when an external force moves the joint. In limb joints (hip, knee, shoulder) and areas of the spine (neck), there is active and passive mobility. For smaller joints and joints linked closely together (joints of  feet, superior tibia-fibular joint of knee, sacro-iliac joints, intervertebral joints of  spine) only palpation (feeling the movement) shows range of motion.

A normal joint has two barriers to movement – when a joint moves, the  first  barrier is the physiological barrier, created by normal muscle resistance that acts as a brake. The next is the anatomical barrier, which is created by the tension of ligaments and  shape of the joint. Active movements usually take the joint up to the physiological barrier, while passive movements can take it up to the anatomical barrier. Think Padmasana (seated Lotus). Taking movement beyond this can create a sudden strain and risk tearing the ligaments or pulling a muscle.

To evaluate a yoga student in poses, it is good  to know the average range of motion in various joints. The average motion at a given articulation is used as anatomical normal, since there is variation dependent upon age and individual characteristics. To see how a student may move in yoga asana, the degree of motion in a  joint can be determined with that of the opposite joint when possible.

The degree of range is not as import as function – the motion in forward elevation and abduction at the shoulder is more important than adduction and backward elevation. We need to reach up to the high shelf, rather than reach backward to get something. Now if we want to get to Paschima Namaste (Reverse Prayer Hands), that would be another story! In the knee and elbow, the completion of flexion is not as important as the first 45º of motion, though we may argue that point in a seated twist like Parivrtta Janu Sirsasana (Revolved Head to Knee pose)! A few degrees of dorsiflexion in the ankle is less disabling than complete absence of dorsiflexion.

In the next post, I list the standards of ROM of Major Joints in the body. It may surprise you how much/little is considered normal range for an adult. A normal 30 year old adult has spinal ROM Flexion (forward folding) of 75 degrees, Extension (Backbending) of 30 degrees, and Lateral Flexion (Side bending) of 35 degrees.

This would not give you enough movement for Urdhva Dhanurasana (Wheel), Paschimottanasana (Seated Forward Fold), or Tikonasana (Triangle)!

Thank you this post. It’s very informative. I’m kind of shocked at those typical ROM percentages for a 30yo.

I often hear students talk about their limitations of movement. What effect do you psychological barriers have on ROM?

Hey Cora! Love this post. Also would love to understand more about the “carrying angle” of the elbow and how asana is taught when the CA is exaggerated- Thanks!

Thanks Cora. This may come as a basic question: but I mix up flexion extension. Let’s way with the shoulder joint; what direction would be flexion and what would be extension?

Interesting that my ROM is much better going backwards than forwards.

Cora,
When are you planning to post again on ROM for the major joints of the body? I find this really helpful, and I am working with a group of disabled (I teach yoga) persons, and the program would like to do assessments. I have very little training in this area of doing assessments so anything you might offer would certainly be helpful!
Thanks so much! Really appreciate your information here.
Peace,
Martie

looking fwd to your followup posts on ROM

though surprising how much less the “normal” range of motion is for the average person, i find it comforting to be able to assure people in our classes, and myself 😉 of the normalness of our limitations

then, within those limitations, there is much that can be done 😉

The ROM of Major Joints says:

[…] exercises for the elderly, joints and glands–a full range of topics. Yoga not only helps with range of motion but also helps to strengthen and lengthen your body. There are many adaptations of Yoga, from […]